About The Catholic Foundation

Promoting the Work of the Gospel

Inspired by faith, leaders of the Church and community wanted to build a charitable organization for endowed funds to be a lasting wellspring of financial support for Catholic ministry throughout the Archdiocese of Santa Fe. In 1991, The Catholic Foundation was created as a vehicle for donors to include the church in their charitable giving-building a stronger, more vibrant future for the communities throughout the Archdiocese of Santa Fe.

Because the founders knew it would be important for donors to have professional investment of funds, they formed the Foundation as an independent non-profit corporation that offers ways to establish your legacy that are aligned with your Catholic values and beliefs.

Giving through the Foundation allows your charitable dollars to directly support the Catholic organization or program you choose, giving you peace of mind that your charitable wishes will always be honored.

Our mission is to gather, manage, and distribute assets to promote the work of the gospel within the Archdiocese of Santa Fe. 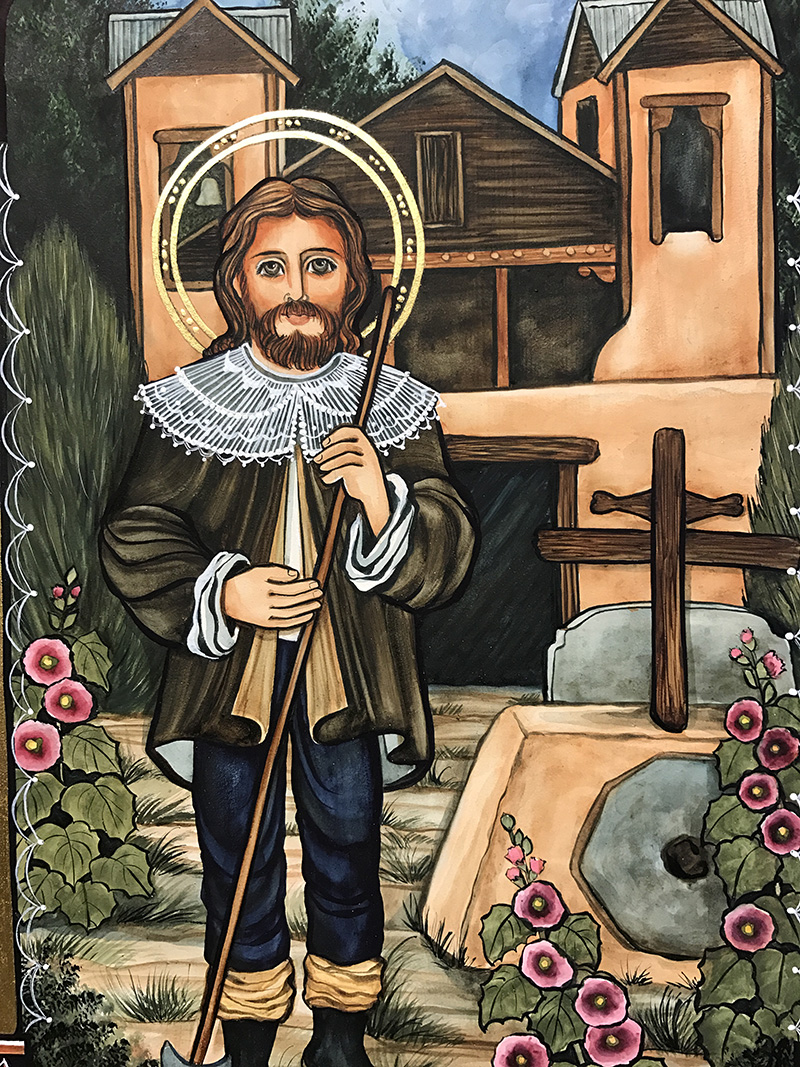 San Isidro Labrador (St. Isidore the laborer) is the patron saint of farmers, agricultural workers, laborers, livestock, rural communities and Madrid, Spain. He was born to very poor and pious Catholic parents and when he was old enough, he was sent to work for a wealthy landowner. He married Maria de la Cabeza, who was later canonized as San Maria de la Cabeza. San Isdro attended Mass every morning and afternoon, but because of this, he was often late for work. Even though he was late, his ploughing was always completed. His co-workers believed they had witnessed his work being carried out by angels and so held Isidro with great respect.

San Isidro was known for his love of the poor and there are accounts of him supplying the poor miraculously with food. He was canonized in 1622 and is often portrayed as a peasant holding a sickle and a sheaf of corn. Sometimes he is shown with a sickle and staff; as an angel plows for him; or with an angel and white oxen near him. The story of San Isidro is a reminder of the dignity of work, and that ordinary life can lead to holiness. His feast day is May 15.

“Grace is not part of consciousness; it is the amount of light in our souls, not knowledge nor reason.” -Pope Francis